Just another day in Paradise 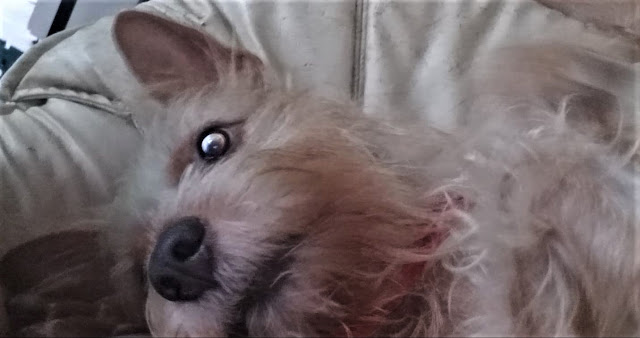 Another hot and humid day in my home of choice - Thailand.
I had been woken up by the screaming of two birds, that obviously did not know how to share this huge insect they'd found and were fighting over it, while the insect decided to make a run (or flight) for it.
Here comes the old German saying to mind:
"When two quarrel, the third is happy."

These two mynah birds really were at it to a point where even all of my nine very naughty rescue cats would stay away.
After all, they already had enough experience with these birds to know not to mess with them.
To a cat trying to catch a small bird, there is nothing worse than THAT bird yelling for his bigger friends, which arrive instantly with screaming and by the dozens to bomb on them.

So here I was, waiting patiently on my coffee maker to finish brewing that so desperately needed life elixir to wake up not only my body, but my senses as well.
Somehow I get the feeling, that a part of getting older is waking up in stages instead of as a whole, the way it used to be - which reminds me...where on earth did I put my glasses?

After all, today was laundry day, and all the blankets of the animals living here needed to be washed.
Since we are a private shelter with free roaming animals on the premises instead of caged and neither funded nor sponsored, we don't have an over abundance of supplies, and I just have to wash more often.
Oh joy...I really am looking forward to that.

At least, all I have to do is fill up the washing machine and let her do all the work, and that about seven times for the day.

Being also an online teacher, I have a pretty good routine, which allows me to juggle the job, the household, the music and the animals nicely throughout the days and being the witch that I am, it even leaves room for that occasional "thank you ritual" and daily witch's hour of power (prayer), as well as the Reiki practices for the animals when needed.

Excited at the thought to have clean blankets again, the dogs surrounded the washer and me to watch the process and very cooly; I tried to demonstrate how things are done around here.
Why was I explaining to them, how a washing machine works?

My big boy Loki stood up on his hind legs to look inside of the washer, that ate his blanket; (he thought) and wagged his tail, when he discovered his blanket was still alive.
I had to explain to him that the washer was neither his new bed, nor could he drag his blanket out of there.
God, how he reminded me of Marmaduke.

Is that coffee done yet?

These 14-hour days sometimes make me forget about some things...like the coffee, I started to brew.

A loud honking at the gate prompted all 11 ferocious watchdogs to race each other to the front, one faster and louder than the others with the smallest one kg loudmouthed Chihuahua named Leo being the leader, followed by dancing girl Chili.
Both are not bigger than an attitude, much less have one. 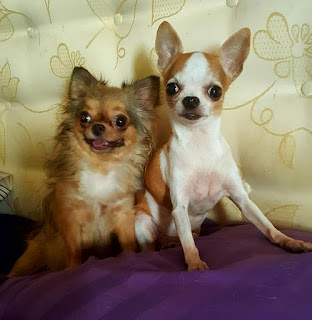 Oh yes, it was Lazada delivery....I forgot about them.
And where did I put my coffee, or did I even pour a cup yet?

After paying the man at the gate and bringing my package into the house followed by my bodyguards, I found my empty coffee cup.

Time to sit for a moment and enjoy this flavorful magical, lifesaving elixir called coffee... so I thought.

In the meantime, the dogs were enjoying the sunshine and the garden, when suddenly a rumbling sound came from the direction washing machine, which I had filled up with some of the blankets a little earlier.
That thing sounded like it was about to explode, and Loki came running and jumping into my arms like: "Mommy, mommy, there is a spitting monster in the garden, please make it go away."
Well, that was pretty courageous, considering we are talking about a dog that is scared of spiders and other creepy little crawlers.
After all, those huge butterflies co-existing with us here have scared the living hell out of my poor boy on more than one occasion.
I really should have called him Marmeduke, he is as lovable and twice as clumsy.

And to think, I was just about to pour that coffee and enjoy it.

With a sigh, I put down my still empty cup to see what was wrong with the washer and - oh boy - I guess that was it.
That thing was on its last breath and after a few coughing sounds it just kind of folded.

Wonderful - the first batch of blankets soaking in water with 6 more loads to go looked at me; it seemed, with a grin to tell me, that I am back to basics and get to do this by hand.

Living pretty rural at the edge of the jungle, of course there was no laundromat near by and why should there be...the next 7-eleven was a few miles away as well. 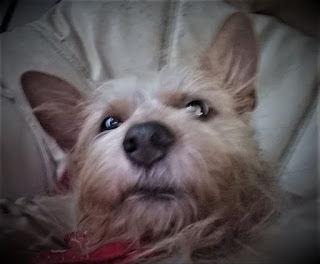 I felt a big wave of stress coming on and where the hell was my coffee? Oh, right, I have not had any yet!

I took a very deep breath with 11 pairs of eyes staring at me, no - twenty pairs of eyes, because the cats were watching this scenario as well from a safe distance.
That rumbling, smoking and fire spitting square thing was something they did not really want to make an acquaintance with.

I dragged my tired, and not having had any coffee yet, behind to the bungalow to get that big tub out, that I used before when my first washer exploded. That seems to be the norm here after two years with washing machines.

When I turned on the water hose to fill up that black plastic tub, the hose slipped off the tap and the water splashed everywhere.
One way to wake up without having had any coffee yet, I thought. Lucky this is Thailand, and it stays hot, so a little lukewarm splash is a welcome cool-off even in the weirdest of situations.

My goodness, I realized that my courageous gang of dogs was made of sugar, because they had scattered in all directions to avoid that dangerous stream of water.

So here I was, soaking wet, still without coffee and feeling just a teenzie weenzie bit irritated at this glorious Monday morning.

What the heck, with my hardworking hubby still sleeping, and not getting any of this commotion, I suddenly felt really alone and just wanted to cry.

But then again, I realized taht an earthquake could not wake him unless the bed was pulled from under him, and he deserves his well-earned sleep after a hard day in the recording studio.

So I ended up putting these wet blankets into the tub and started to walk on them.
The dogs were looking at me like I lost my mind, the cats were courageous and tried to put their paws on the blanket only to pull them back really fast realizing...YUCK...THAT was water!!!

I kept walking on these blankets for at least half an hour and thought of my Zumba classes.

Did I even have coffee yet? I don't think so.


Finally done with that wash, I looked around me and realized, that I was alone, no cats, no dogs...hmmm, how very weird.

After hanging the blankets up to dry, I finally went to get my well-deserved delicious cup of coffee and to check on hubby....well, well, well, what did I find?

Eleven dogs and nine cats all snuggled up on my side of the bed hugging my blanket, since they didn't have any at this time.

Oh well, I guess, I will sleep in the doggie basket tonight.

And How Was Your Day? 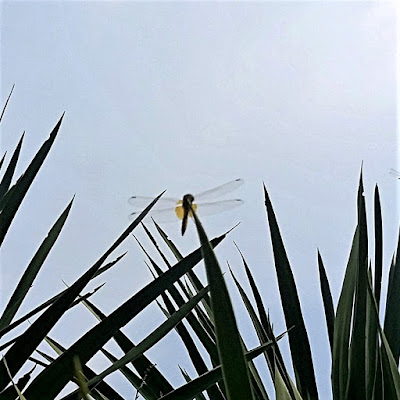 Popular posts from this blog

June 21, 2019
I got up this morning full of enthusiasm, because after all I did have an additional job interview online at 10:00 am.
I could not really sleep, because I was nervous, excited and felt whatever is normal to feel when you enter a new stage in your life.
My first thought was to have a cup of coffee and as I tumbled out of the bedroom, my 11 dogs and 9 cats looked at me a little disillusioned, because it was way too early to get up in their opinion.
Have you ever seen a dog raise it's eyebrows at you with that kind of look that states:
Are you out of your tree?
I got that look 11 times, while my mini chihuahua was not sure, if she should keep wagging her tail with speed lightning or just go back to sleep on my pillow.
(I gave up fighting her for my pillow long ago, she wins all the time anyway, and it does not matter how many pillows I put out there, she will choose the one that I want to lay on every time.)
So as I am fighting my way through the cats and dogs still half asleep and j…
Read more 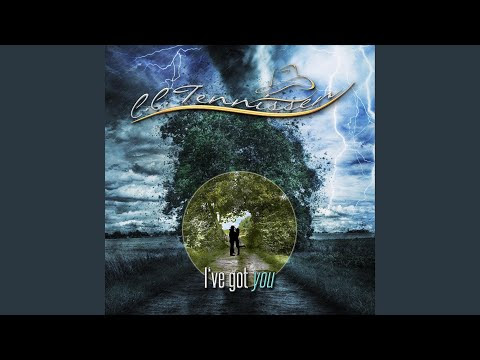 the whispering witch
Hi, I am a singer/songwriter, freelancer, teacher, musician and author, who has fun sharing the daily miss-happenings, that can happen to anyone. Hope you enjoy these little stories and I wish you lots of fun here. Have a wonderful day, everyone...Love & Light :)